The workshops are designed to give young people a better understanding of how physical activity and sport can be beneficial for their mental health and wellbeing.

The next series of workshops will be looking at ‘What is Pressure?.  Come prepared for some light physical activity and fun!

More details can be found: https://scottishsportsfutures.org.uk/ssf-wellbeing/ 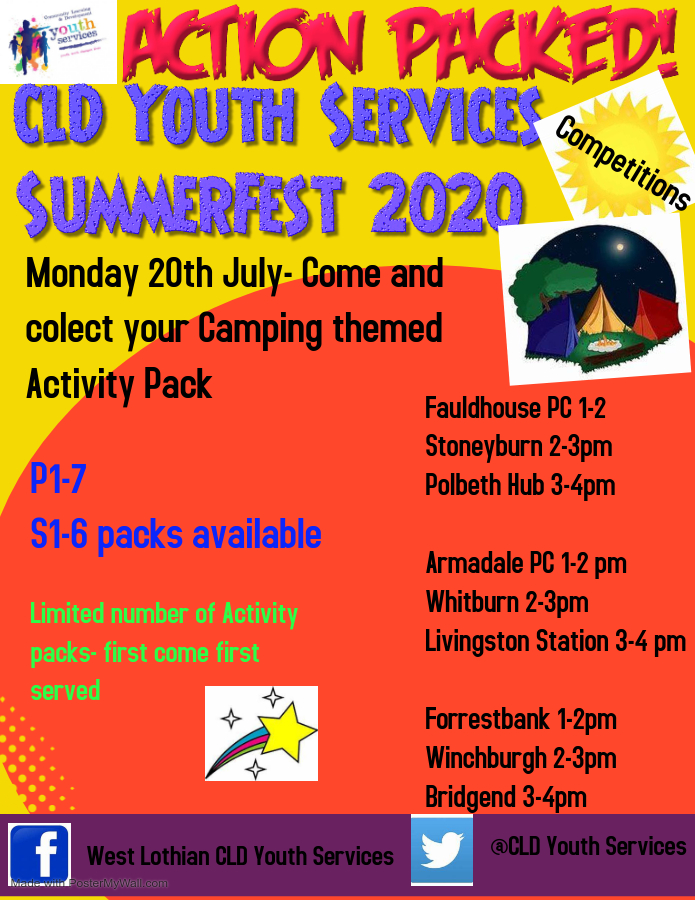 NHS Health Scotland and NHS Education for Scotland (NES) jointly developed a series of animations. The animations highlight the range of communication skills that should be used including listening, questioning and responding to help someone who may be struggling with their mental health. They also provides information on how to get immediate help and support.  The final animation also looks at how to look after our own mental health.

There are 3 animations in the series: 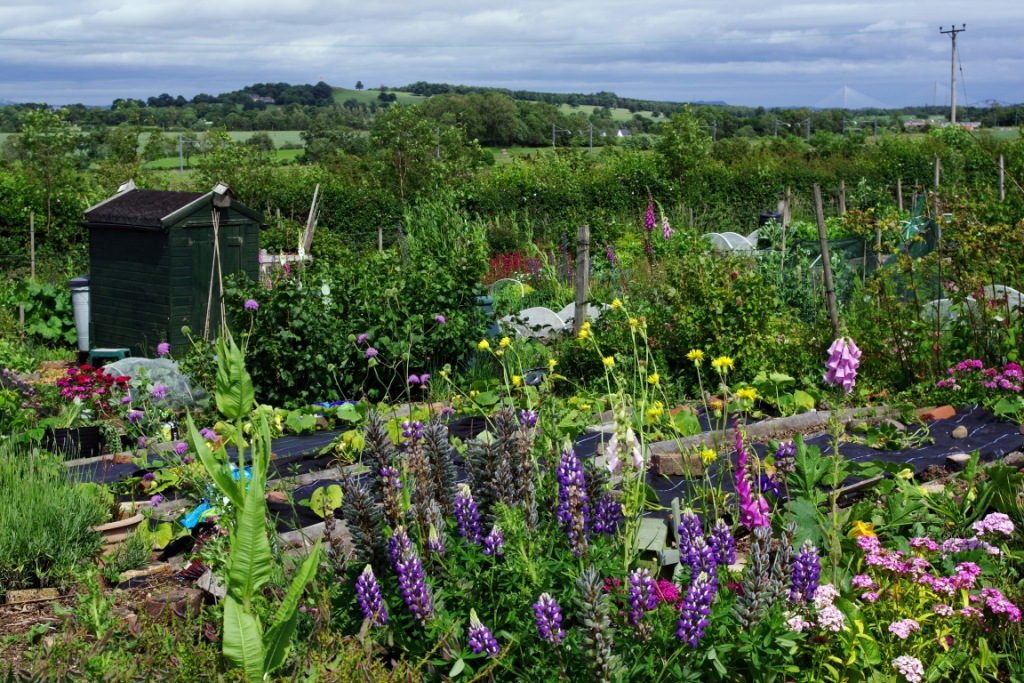 Covid-19 and the allotment

With permission from West Lothian Council, Oakwell allotment has been allowed to remain open for members to get their daily exercise.  We have strict rules about social distancing but working on your own plot ensures that plot holders stay apart.  We have taken other steps and given instructions to ensure that the risk of cross-infection is minimised.  It is most likely that our Harvest Celebrations later this year will be cancelled.

Things to do on your vegetable plot in June and beyond.

Frosts are very unlikely this month. After the rush to get crops sown and planted in April and May, things slow down a little from now on although it is important to keep on top of the weeding through the summer months.

END_OF_DOCUMENT_TOKEN_TO_BE_REPLACED 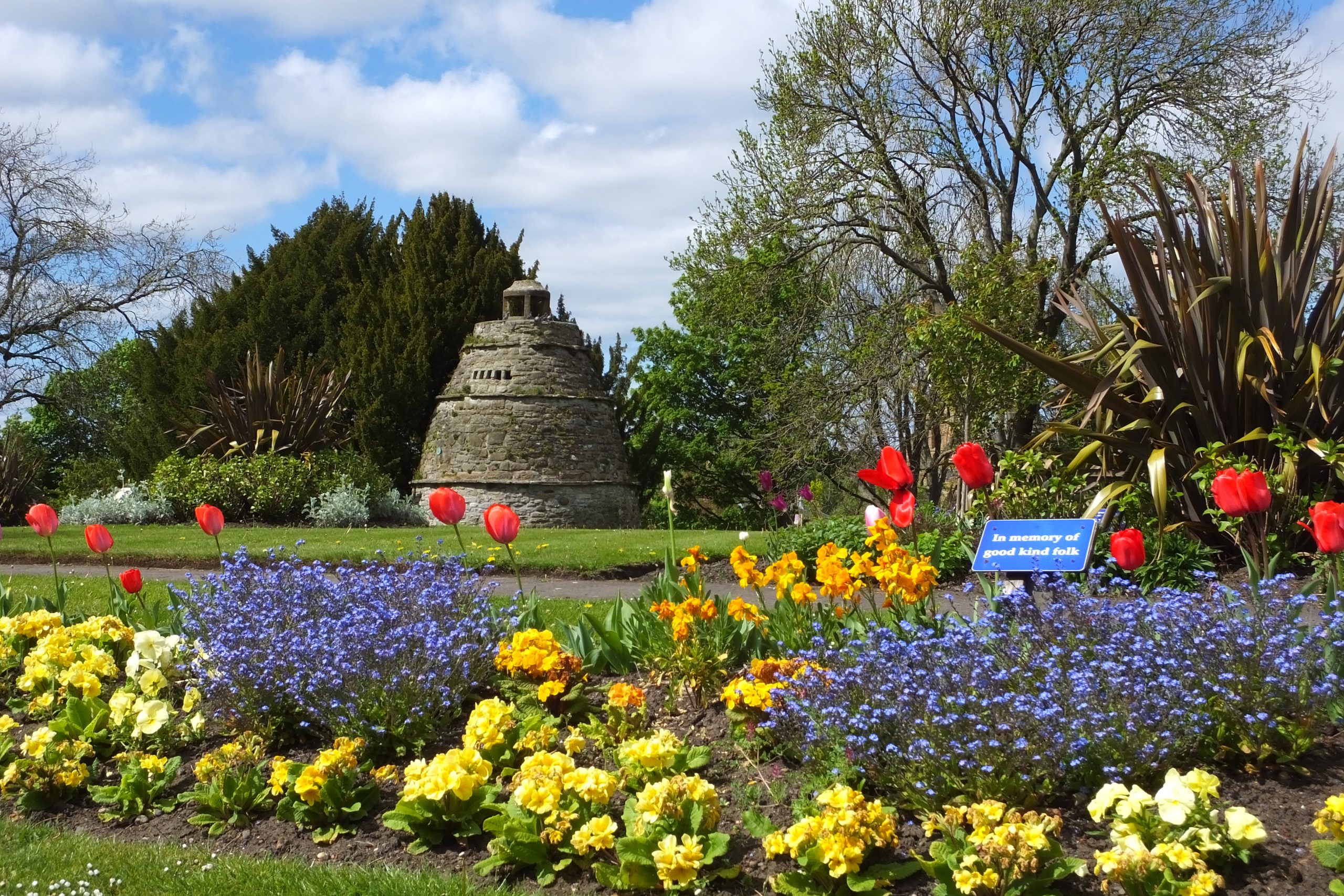 Burgh Beautiful – Up for the Challenge!

In a recent publication, Burgh Beautiful was commenting on the amount of rain we have had.  Now it is the amount of sunshine.  My mother who loves the sun wants some rain.  She is concerned for the farmers whose grass will not be growing to allow them to adequately feed their cattle.  You can take the girl out of the farm but not the farm out of the girl and I guess the same is true for gardeners.  We did have some heavy rain a day or two ago but if you have been digging you will know that the ground is still dry.  But given how seldom we have an extended sunny spell, I had better watch what I wish for.

END_OF_DOCUMENT_TOKEN_TO_BE_REPLACED

TRAVELLING INTO THE PAST IN LOCKDOWN

In these strange times when we have been restricted in so many of our normal activities, walking has become part of the daily routine. It’s led me to explore more of the local area, and it was during a recent walk that I ended up taking a trip back in time and uncovering some fascinating history.

While walking along a path next to a newly ploughed field, I was intrigued as to why the soil was glistening. On closer inspection, I discovered pieces of porcelain scattered across the field, shimmering in the sunlight. The next week on the same path I decided to collect some of the porcelain, with a plan to create some lockdown artwork. Armed with a load of broken china I had plenty to work with, but the mystery remained – why was the field full of it? I knew Linlithgow had a rich industrial past, but I was fairly sure pottery wasn’t one of the trades. I decided the only person to consult was local historian Bruce Jamieson. One e-mail later I had my answer – the fragments of pottery I had found were possibly from chamber pots!

Prior to the development of plumbing, a very unpleasant trade of disposing of human excrement was developed. By the 18th century, people would put their faeces into chamber pots, empty them into a cesspit and cover it over with soil and ashes. When cesspits became full, they were dug out by Night Soilmen. They worked through the night (so as not to offend high society!) digging out cesspits and then transporting the waste out of the town and selling it onto farmers to fertilise their fields. This system of disposing of waste ran through until the early 20th century. Chamber pots would often end up in the cesspits and get transported with the human sewage.

My day job is in HR, so I’m used to dealing with a range of people and jobs. However, it would take a great deal of negotiating with trade unions to get agreement for men, armed only with a cart and a candle to clean out human waste and dispose of it in the night. There was no P.P.E. back then, but the Night Soilmen were heroes of their time doing an essential job. 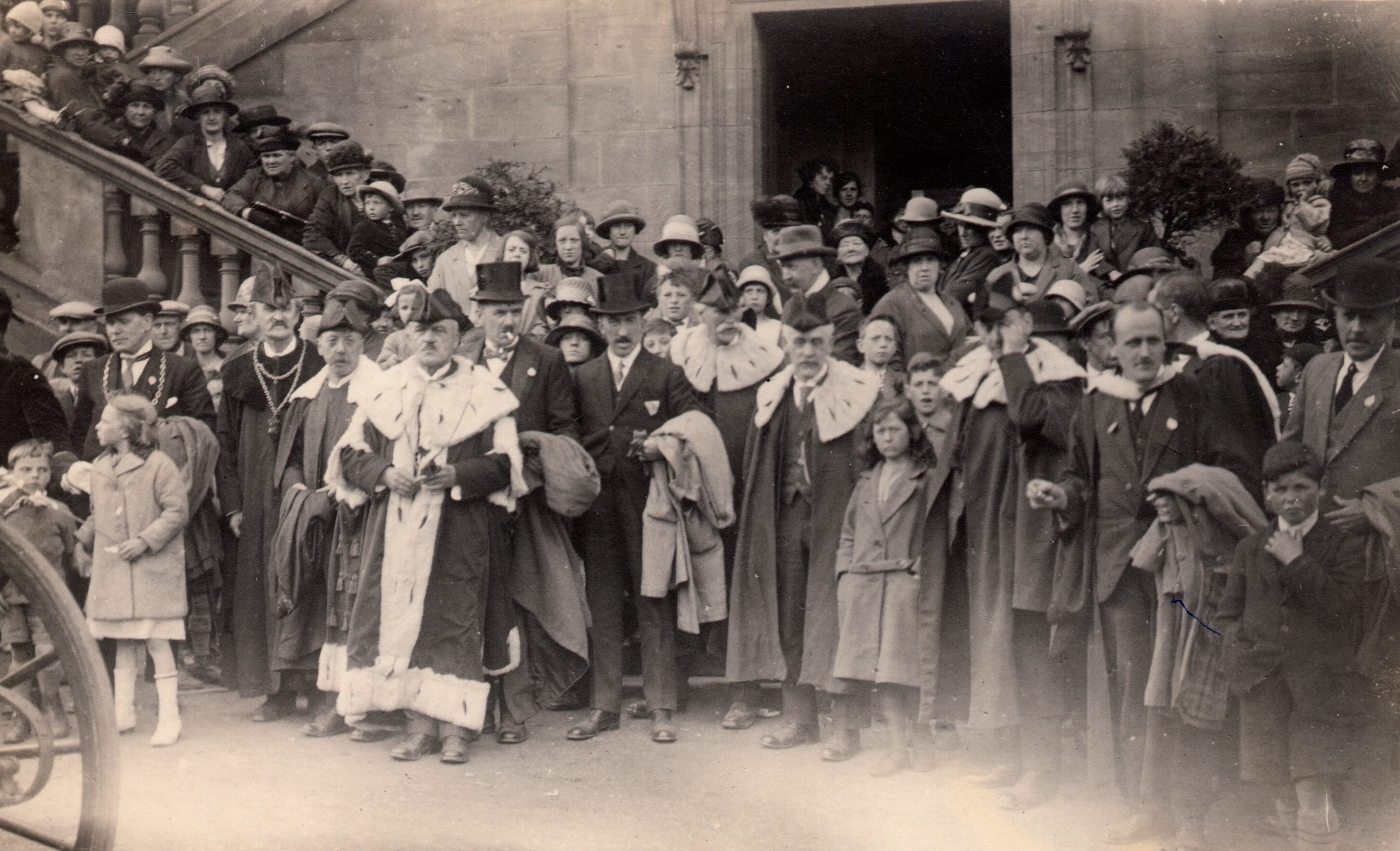 That’s how local journalist, Robert Fleming, writing in his Broadcastings by Radio column in the West Lothian Courier, broke the news that the 1926 Marches had been cancelled.

He echoed the feelings of many when he wrote:

“That there is keen disappointment at the cancellation, even temporarily, of the old-world pageant, goes without saying. But when authority decrees, populaces must bow to the inevitable”.

Robert Fleming was no stranger to the Marches. Hailing originally from Bathgate, where he trained as a printer, his later journalistic career took him to Aberdeenshire, where he married in 1880. He returned to West Lothian and in 1883, became the Linlithgow correspondent for the Falkirk Herald. When that newspaper’s owners decided to establish a separate Linlithgow publication – the Linlithgowshire Gazette – in 1891, he was ideally placed to become the paper’s guiding spirit and editor, a position he retained until 1913. In 1926, at the age of 70, he was back working in Linlithgow as the Courier’s local reporter.

END_OF_DOCUMENT_TOKEN_TO_BE_REPLACED 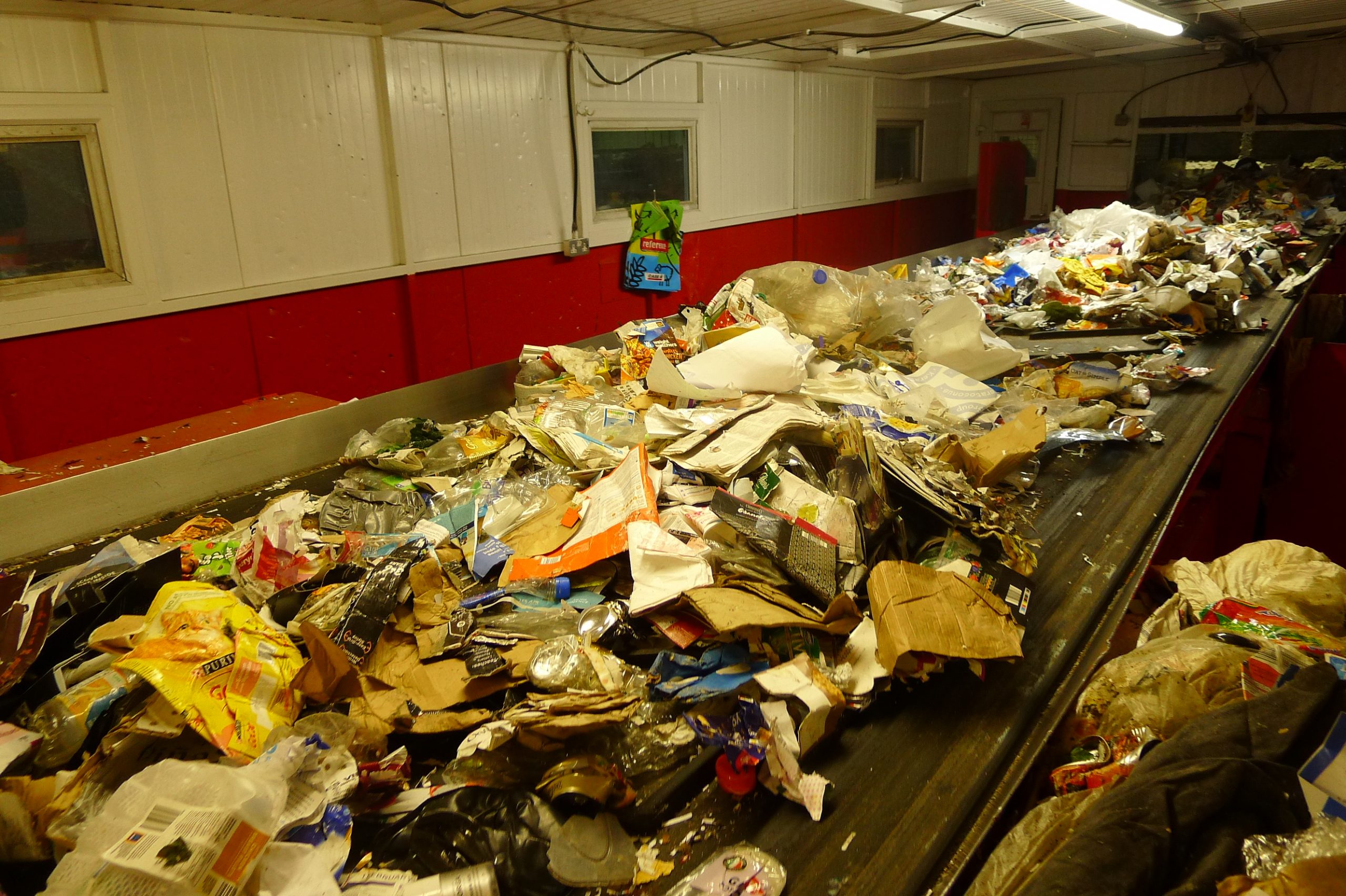 They have been closed due to restrictions on non-essential travel which have been in place across the country throughout the COVID-19 pandemic.

Residents should make you sure to read the following points before visiting a Recycling Centre.

Residents are thanked for their patience throughout this time. 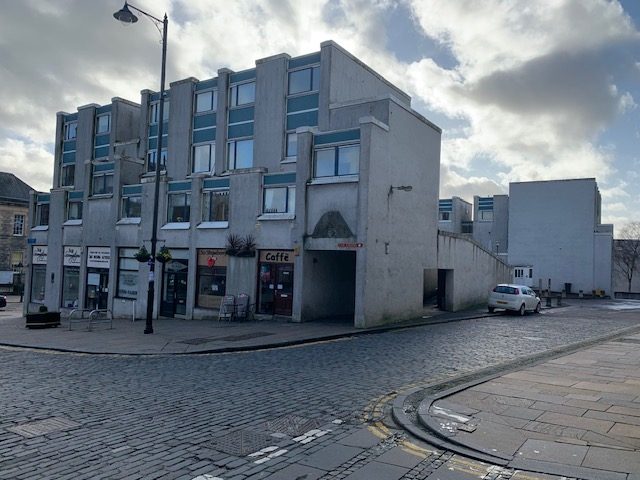 Eligible business tenants of West Lothian Council will be able to request to defer rent payments in order to aid business recovery and mitigate against the negative financial impact of the Covid-19 pandemic.

The deferment of rent payments was agreed at a meeting of West Lothian Council Executive that was held yesterday.

Deferment will be considered on a case by case basis and will be subject to meeting certain criteria.

All Businesses who lease commercial property from the council will be written to with details of the scheme and will have the opportunity to apply for rent deferral. Council officers during the pandemic have been in regular communication with business tenants in its role as landlord, and has provided access and directed enquiries for support for its tenants. 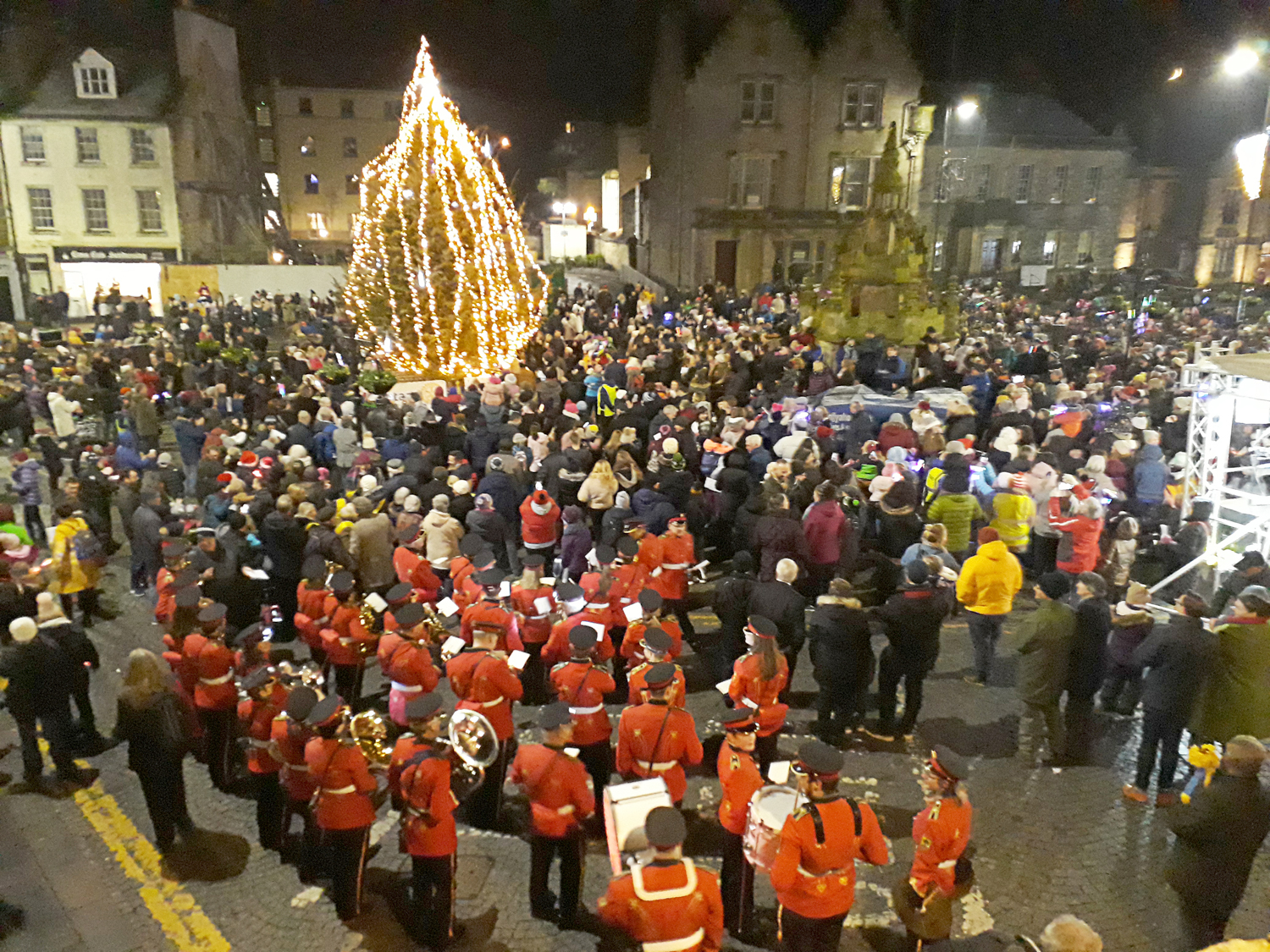 These are strange, troubled times. But one positive from this Coronavirus Crisis is that we really appreciate our social interaction − taken for granted until now.

Loneliness is a dreadful experience which, in the weeks ahead, many will experience acutely. Various Linlithgow organisations work tirelessly to help combat this feeling of isolation. For this reason, Linlithgow Grange Rotary supports such organisations with its Tree of Light initiative at Christmastime. Six organisations were selected for the 2019   campaign: Linlithgow and Community Day Care Centre, providing short-term secure environment and entertainment for frail elderly people whilst at the same time giving relief for the family or carer; Linlithgow Link whose activities include the monthly Caring Café for people with dementia; Link also provides transport to and from hospital or health-related appointments when public transport proves difficult; Carers of West Lothian, a charitable organisation that has developed a support service for carers, many of whom are carrying out their role in some isolation; and The Cyrenians who give one-to-one support and encouragement through befriending and telephone.
END_OF_DOCUMENT_TOKEN_TO_BE_REPLACED 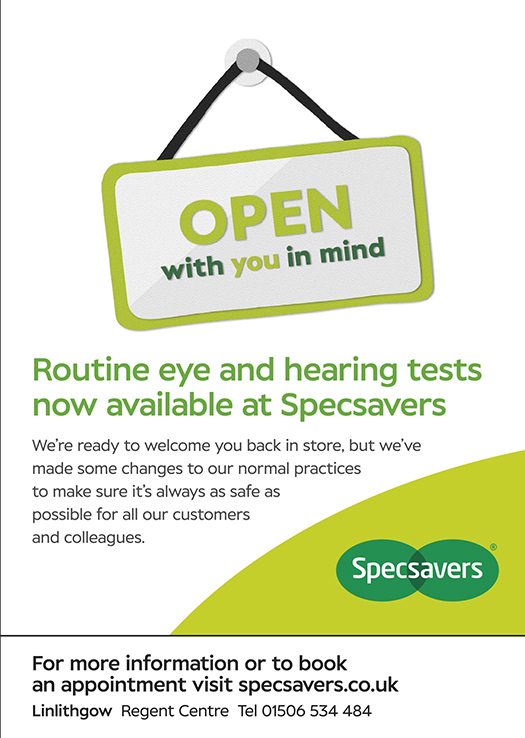